One of many best and most transformative methods to fully change the look of your private home (with out investing a ton of cash in new furnishings) is to paint it. Speak about an instantaneous improve, paint could make any room feel and appear recent (and it additionally occurs to be an ideal weekend home enchancment DIY, too). The toughest half is choosing the proper coloration. Now that life is selecting up a bit and we’re all venturing outdoors extra usually, we predict paint traits will begin to zen out with ultra-soothing and calming coloration palettes.

It’s all about creating a calming house to come back dwelling to as a result of the colour palette of a room performs an enormous half within the general vibe and emotional tone that it units. Chaotic patterns and daring colours, nonetheless enjoyable and funky they might be, don’t essentially lend themselves to a relaxing environment (some might beg to vary, and that’s nice too!). So if peace, quiet, and delicate bliss are what you’re in search of, then attempt for calming coloration palettes that soothe the soul.

That mentioned, you don’t essentially want to remodel your private home into an oasis of pale grays, mild blues, and stark whites. The mix of heat and funky tones is what provides a room an general calming coloration palette, with various levels of brightness. We requested designers Max Humphrey and Julie Daele for his or her professional perception. 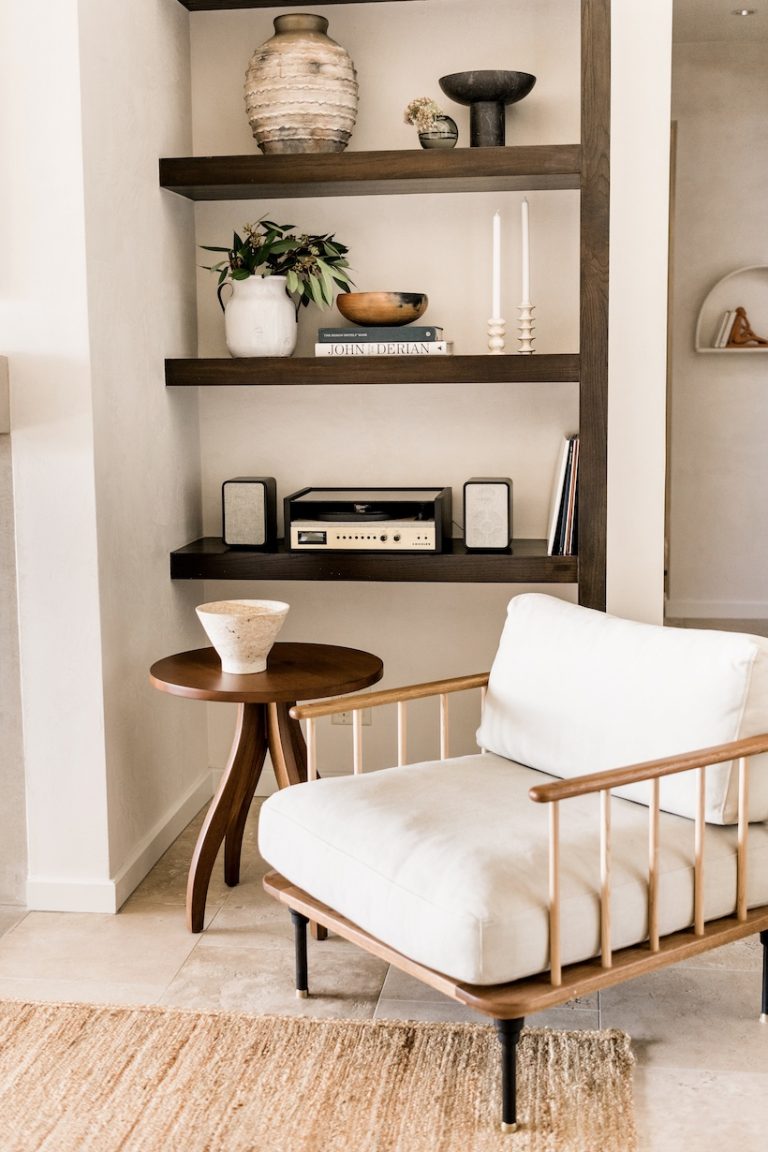 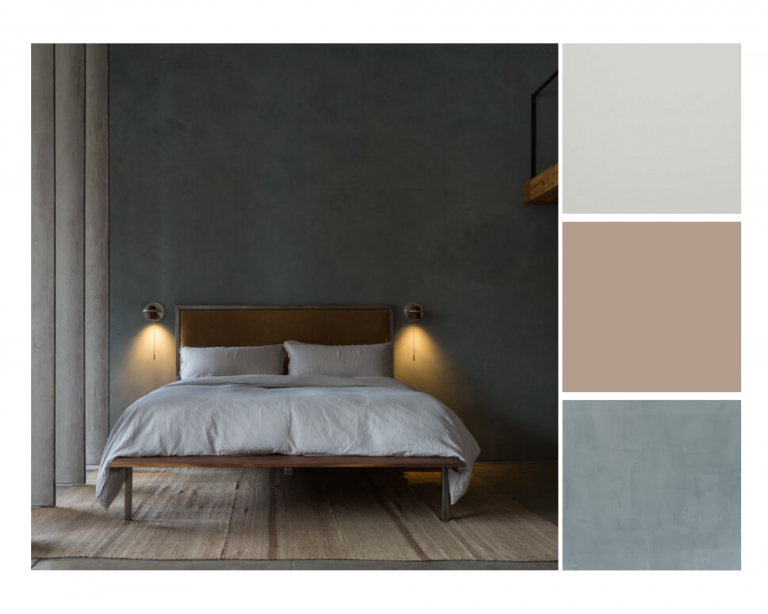 Daele emphasised that you just don’t at all times have to make use of heat beiges and lightweight colours for a room to be calm and serene. Right here, Portola Paint in Salem units the scene for a very zen surroundings. 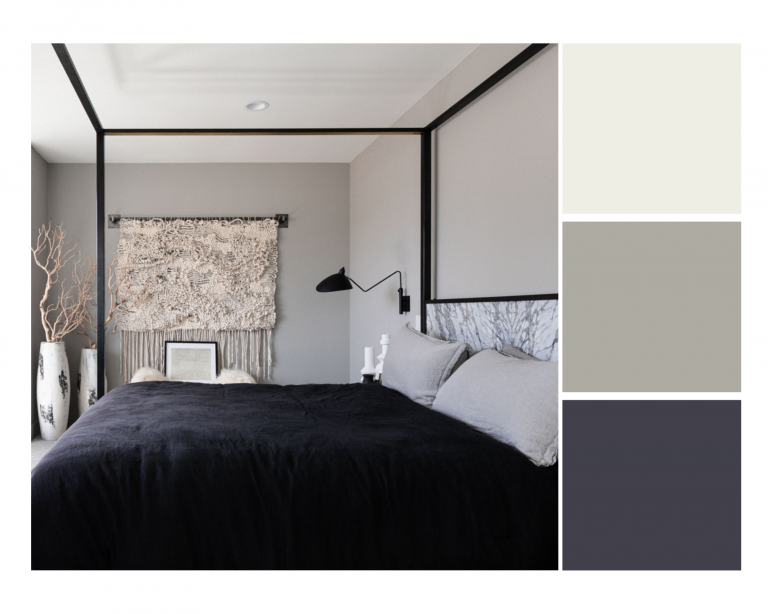 A big fan of moody, yet peaceful, bedrooms, Daele loves shades that are reminiscent of Japanese design and her travels to Kyoto—like the classic greys found in Benjamin Moore Cape May Cobblestone. 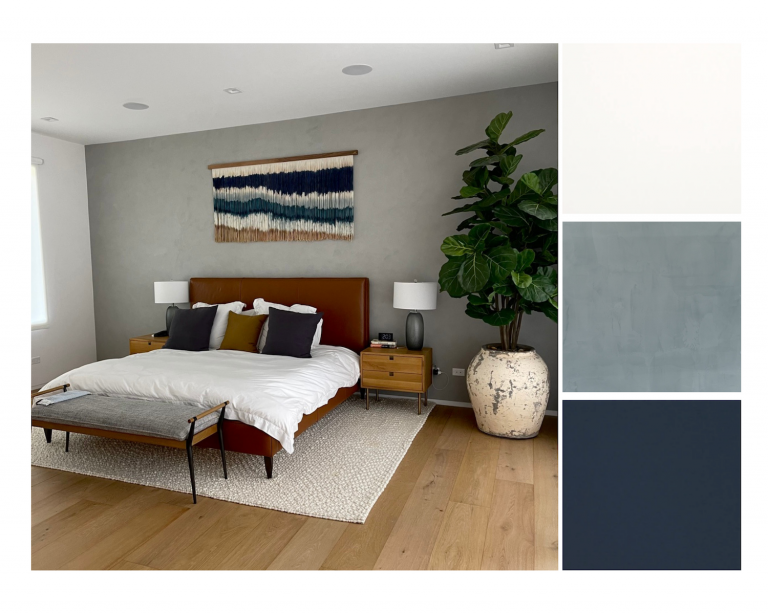 How chic is this warm, yet muted bedroom? It’s proof that calming and serene doesn’t always equal pastel colors. This is another room that features Portola Paint in Salem, displaying you simply how versatile a single paint shade may be. 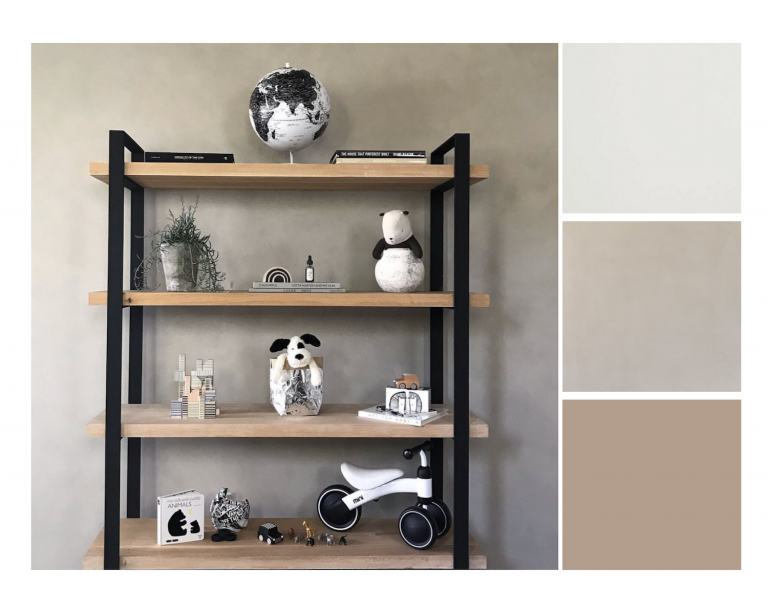 When it comes to children’s rooms, Daele prefers neutral colors that allow the room to mature as the child grows. She also reminds us that the days of having to create the room around the sex of the baby are gone! Portola Paint’s Roman Clay in Charleston guidelines the palette above. 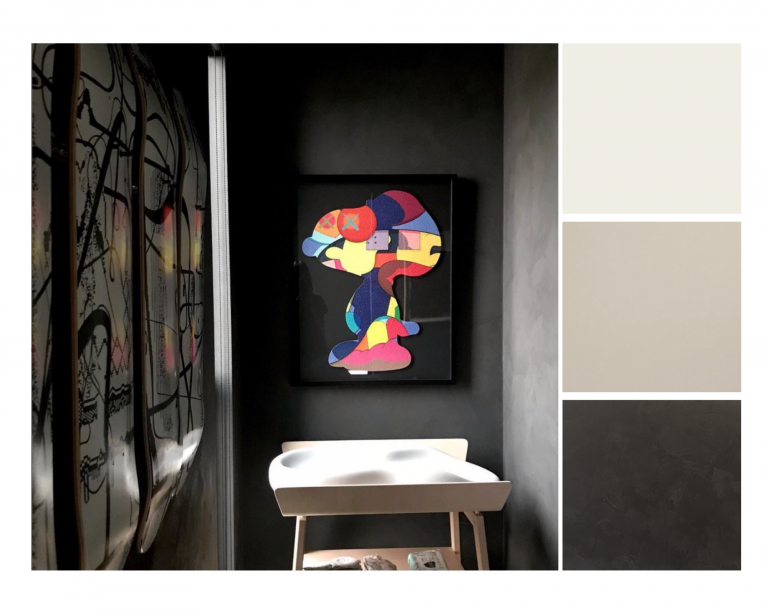 For the above young boy’s room project, Daele chose to go a bit moody, using Portola Paint’s Roman Clay “Fade To Black” together with colourful pops of art work. It won’t be for everybody, however she loves the juxtaposition of the artwork with the darkish partitions.

Humphrey is all a few tremendous mushy and muted sandy pink like Benjamin Moore’s Bashful. It may be a candy addition to a toddler’s room and set the stage for a light-weight and vivid palette with out being overtly gendered. 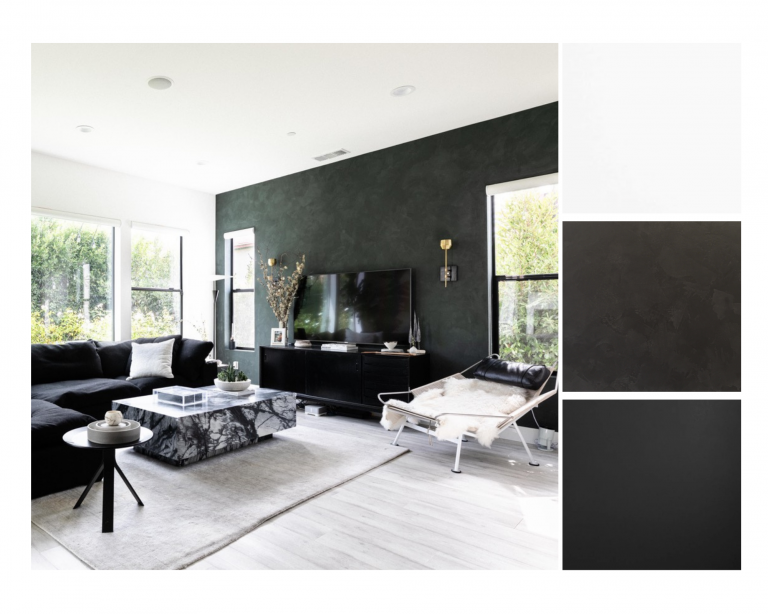 In line with Daele, extra individuals are steering away from the all-white partitions, wanting to combine white with an accent wall of coloration and/or texture. Portola paint in Lone Park is the star of Daele’s beautiful front room above. 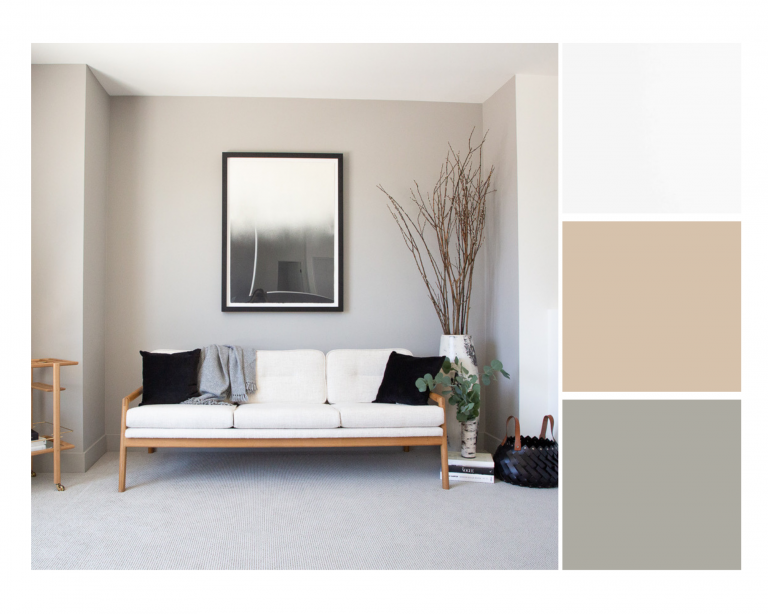 Daele also enjoys mixing two neutral colors (i.e. greys and browns) to create texture and contrast in the room. Classic go-to shade Cape May Cobblestone by Benjamin Moore units the stage within the picture above.

Humphrey is all about using olive as a neutral, and Benjamin Moore’s Tate Olive is the right shade for a room that’s extremely chill with out being boring.

Humphrey doesn’t find white paint to be calming at all, it’s a bit too sterile for his taste, which is why he’ll often turn to a soft gray like Benjamin Moore Gray Owl when designing impartial areas.

Photo by Olive and Tate

Coloration is instinctual for Humphrey, he normally needs to reference nature in a roundabout way—blue and pink sky, inexperienced grass, and many others. Benjamin Moore’s Hamilton Blue does simply that. Doesn’t it remind you of a stormy sea?

What’s your favourite calming coloration palette? Share it with us under.

The Prettiest Summer season Make-up (Plus, a Low cost Code) | A Cup of Jo